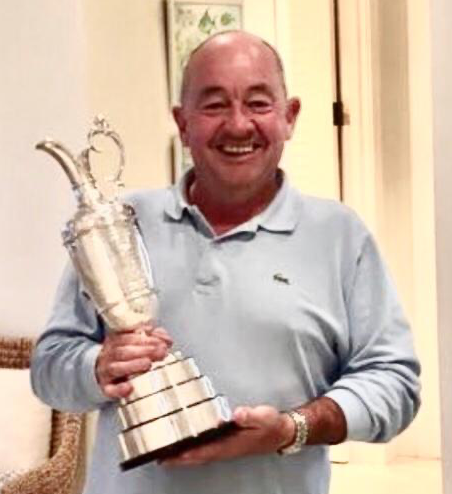 Denis Pugh has an in depth knowledge of all aspects of developing a career in professional golf.

For over 21 years he appeared as a pundit on SKY TV as well as media exposure as a contributor to golf magazine articles.

Denis has a high demand for his coaching expertise and when not travelling the professional tours he is only available to golf college students and The Wisley members where he is the clubs Vice President.

Paul Lyons is a former tour player and the man behind the college. He was voted PGA South Region coach of the year 2007 and is the former coach to the Sussex under 16 squad. Paul has recently qualified as a TPI Level 1 Instructor. Paul is also the main contact for incoming students.

Paul Lyons is currently the Head of coaching at The Golf College and will continue this role there. He is also a former European Tour player and has played in tournaments all around the world, including The Open Championship. He is a former coach to the Sussex Under 16 squad and coach many up and coming young, aspiring golf professionals. Paul was also voted PGA South Region Coach of the Year 2007.

Paul Lyons has recently become the only UK Certified Sports Mental Toughness Coach from The Human Performance Institute in Florida.

Tim is a former Challenge and European Tour Player and still plays actively in the Southern Region. He is currently the coach for the Sussex County Union, working with both the First Team and U21’s.

Jack Bado joined the team in 2012, after completing his PGA Training. He is a former golf college student, so fully understands the environment in which the students train.

Jack became the youngest Trackman Master Professional in the world in 2016, one of only 7 Trackman Master’s in the UK. He is also very experienced coaching with K-Vest (3D Bio-Mechanics) and BodiTrak (ForcePlate Technology) which are permanent teaching tools at the college alongside Trackman.

Jack Bado has spent the last 5 years working alongside Denis Pugh and Paul Lyons on the range with our students. Jack also teaches several professionals on development tours and understands what it takes to reach the top of professional golf.

Ben specialises in the short game and is currently working with a number of PGA Cup Players and a number of elite players including European Tour players. Ben is also a Surrey County Coach and a contributing professional for Golf World and Golf Monthly magazines.

Ben Clayton is our short game and performance analysis specialist. He has been a professional for 20 years and has worked at many of the country’s top 100 golf courses including The Wisley, West Sussex and Hindhead Golf Club.

Ben currently works with many elite performers including multiple European Tour, Challenge and Euro Pro players on all areas of the game not just the short game. He also coaches multiple county champions and order of merit winners at various age groups and is also a Surrey County Coach for age groups U13 -U14.

Ben is a contributing professional for Golf World and Golf Monthly magazines and through his ambassadorial roles with many golfing brands has strong links to the golfing media and industry. He’s an active player with experience on the Challenge Tour and has won over 25 tournaments as a professional and Is a winner of the Surrey PGA Championship in 2013.

Ben currently sits on the Surrey PGA committee and has done so for eight years and was Surrey PGA Captain from 2014-2016.

Assistant PGA Professional and a qualified Exercise Scientist. Adam graduated from Southampton University in 2014 with a degree in Sport Science, he has worked with professional athletes in a range of sports.

Being qualified as a Level 2 Fitness Instructor, he provides strength and conditioning support to the students in the on-site gym. These programmes focus on muscular development, injury prevention and stretching for golf. Adam Seabrook is currently undertaking his PGA foundation degree, and plays actively within the PGA South Region.

Adam Seabrook is also responsible for the junior coaching at Lindfield Golf club and coaches numerous members of the club.